The ten largest cities in Europa are;

END_OF_DOCUMENT_TOKEN_TO_BE_REPLACED

Tuesday’s Travelpic: Church on the Beach

This church in Pula, Italy, has a wonderful location…

The sunset is probably the most photographed natural phenomenon in the world, but you never get tired of seeing a beautiful sunset. Don’t believe us? Then have a look at these fourteen stunning French sunsets.

The 10 Largest Ports in Europe

Several centuries ago, the Europeans were the first to sail their ships across the entire world. The economies of the Vikings, the English, the Dutch, the Portuguese and the Spaniards got enormous boosts because of their large ports and sailsmanship.

A lot has changed since then. Eight of the ten largest ports in the world are now to be found in China, but Europe still has quite a few very large harbors. Data via American Association of Port Authorities.

This Dutch harbor was the largest in the world, until Shanghai and Singapore grew even larger in 1986. This satellite photo gives an indication of the size of the Port of Rotterdam.

Eyjafjallajokull: The Icelandic Volcano in Action

This very first post on Europeish is about a mountain. A relatively small, Icelandic mountain, that managed to keep almost the entire world in a fierce headlock for several weeks in April and May of this year. Yes, we’re talking about Eyjafjallajökull, the world famous Icelandic volcano.

The eruption, the volcanic ash, and the huge ash clouds were annoying to lots of travelers, but equally beautiful to many others, which can be seen in The Big Picture or at BT.dk. Europeish saved and collected a few great photos for this very first post as well. 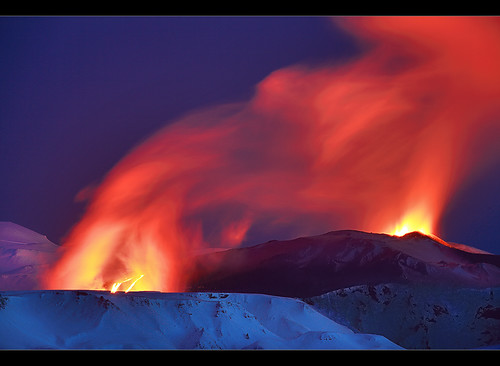 END_OF_DOCUMENT_TOKEN_TO_BE_REPLACED

Want to get in touch? Drop us a note via our contact form.

Our Most Popular Articles